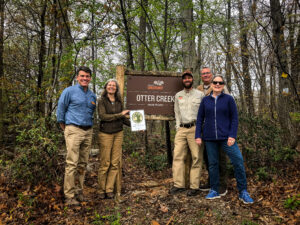 Chanceford & Lower Chanceford Township, York County, PA – Lancaster Conservancy’s [the Conservancy] Otter Creek Nature Preserve in York County was inducted into the Old-Growth Forest Network on Tuesday April 26, 2022 at 10:00 am. Joan Maloof, Director of the Old-Growth Forest Network, presented a plaque to the Conservancy’s President, Phil Wenger, as well as Senior Vice President of Stewardship, Brandon Tennis and Senior Vice President of Land Protection and General Counsel, Kate Gonick. The addition of the nature preserve will mark the 21st old-growth forest dedicated in the Commonwealth of Pennsylvania, the most of any state in the U.S.

Otter Creek Nature Preserve consists of 292 acres along both sides of Otter Creek, which meanders for three miles through the preserve. The steep terrain created by the creek prevented the nature preserve from being commercially logged. The mature forest of hemlock and mixed hardwoods includes remnants of the American chestnut that once dominated Pennsylvania forests before it was decimated by invasive chestnut blight in the early twentieth century. Numerous bird species have been identified here, including pileated woodpecker, Louisiana waterthrush, black-and-white warbler, and scarlet tanager. 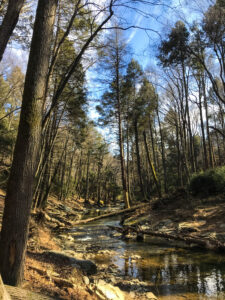 A stand of trees along Otter Creek. Photo: Kelly Snavely

Otter Creek Nature Preserve is owned by the Conservancy which manages it in perpetuity to create habitat for wildlife, to protect plants and trees, and to provide public access to natural lands. The nature preserve is one of 50 owned and permanently protected by the Conservancy. An accredited land trust, founded in 1969, the Conservancy manages over 8,000 acres for the public to hike and enjoy 365 days per year. The Conservancy’s efforts in York County are centered around the Susquehanna Riverlands, a Pennsylvania Department of Conservation and Natural Resources [PA DCNR] designated Conservation Landscape, which includes lands that fall within the York and Lancaster County municipalities that border the river. To date, the Conservancy has protected almost 5,500 acres in the Susquehanna Riverlands, of which over 2,000 acres are in York County.

Otter Creek Nature Preserve was acquired by the Conservancy as part of a nationally recognized landscape protection project known as the PPL Project. Funds for the PPL Project were provided by the PA DCNR, The Conservation Fund, Lancaster County, York County, PPL, Talen Energy, and Brookfield Renewable. The tracts that form the Otter Creek Nature Preserve were donated by PPL and Talen Energy.

In 2018, the nature preserve was impacted by a major flash flood event, which swept the contents of multiple upstream homes into the secluded gorge. Volunteer efforts to remove the debris by hand from the preserve have been ongoing over the last three years. 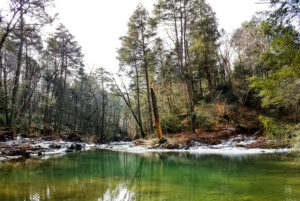 “Otter Creek Nature Preserve’s old growth was initially protected simply because its topography and geography, which severely limited access and development,” shared the Conservancy’s Senior Vice President of Stewardship, Brandon Tennis. “These remnant forests were further protected by the Conservancy’s mission to preserve natural lands along the Susquehanna River corridor with continued acquisitions that buffer these old growth forests. The ongoing stewardship provided by Conservancy staff, partners, and volunteers ensures that the preserved forest thrives instead of just surviving. We are happy that the induction of Otter Creek Nature Preserve into the Old-Growth Forest Network coincides with the culmination of a massive clean-up effort on the preserve after climate change-related damaging floods in 2018.” 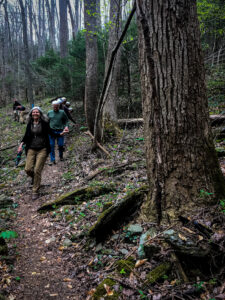 The Old-Growth Forest Network [OGFN] connects people with nature by creating a national network of protected, mature, publicly accessible, native forests. OGFN intends to preserve at least one forest in every county in the U.S. that can sustain a forest. OGFN works to identify forests for the Network, ensure their protection from logging, and inform people of the forest locations.

Founded in 2012 by Dr. Joan Maloof, the network currently has over 150 forests in the Network across 28 states. OGFN also recognizes exceptional forest advocates, educates about the extraordinary ecological benefits of old-growth forests, and speaks out regarding immediate threats to specific ancient forests. Learn more at www.oldgrowthforest.net.

Dr. Maloof noted, “We look forward to adding more forests to the Network in the future. We depend on a volunteer in each county to help us identify candidate forests. Dennis Wingle, the York County Coordinator for Old-Growth Forest Network, has been an invaluable volunteer supporter. In addition to creating a network of forests, we are also creating a network of people who care about forests.”

To join in the volunteer efforts to care for Otter Creek and the Conservancy’s other nature preserves, please visit: https://www.lancasterconservancy.org/volunteer/#landsteward